As I was riding tonight I was thinking about my improvement at our local TT and realized that I finally felt like Daniel-Son the first time Mr. Miyagi said, “show me wax on”. I know that several of us (my teammates) talked early in the season and I was skeptical about the intensity especially when you guys were doing 2 hours in the trainer torture chamber and I was bailing after an hour. Anyway, I just thought I would give a short plug for Coach OB and tell you that if you know anyone looking to make an improvement I would recommend him. 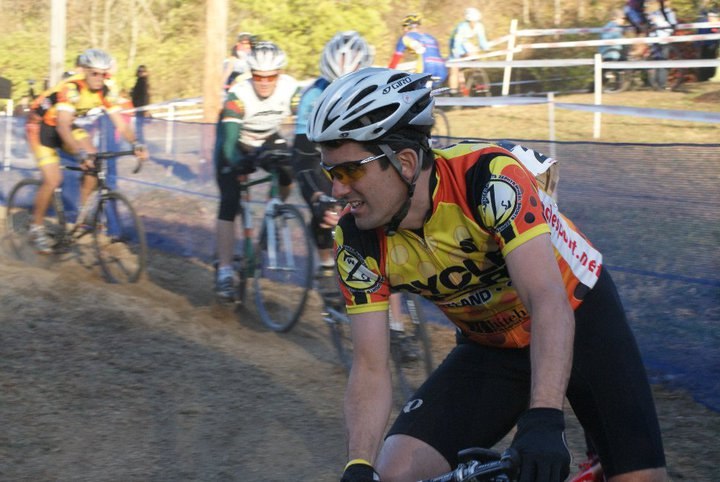 Rick McKenzie during the 2010 Cross season